Children use crayons to reflect on war 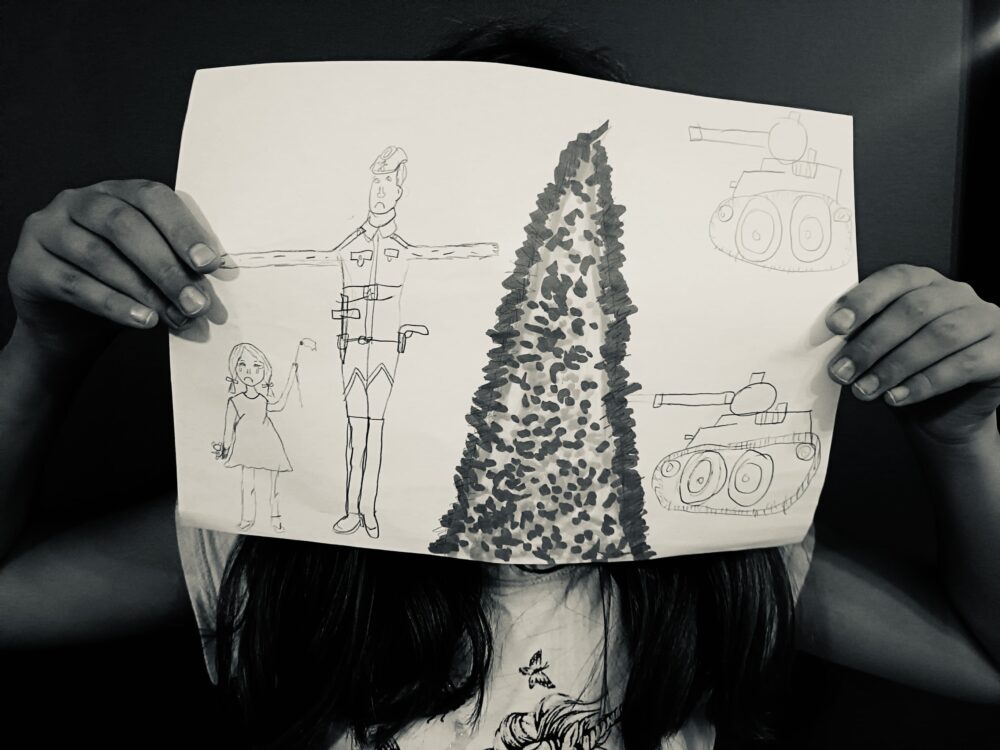 “Our neighbor's son died during the war. I remember him very well, he used to come to our house, and now when my mom and I go to their house, I always see his mother crying,” Ani, 13 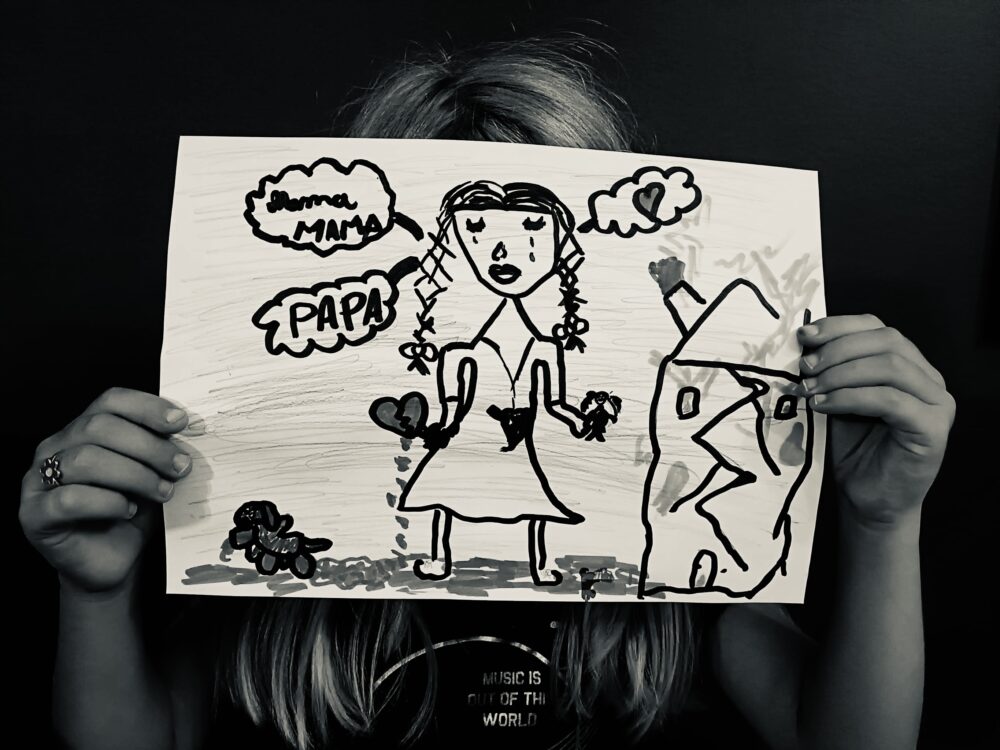 “My dad is a military man, from time to time we heard shots, but one day dad called my mom and said that he would not come home, the situation was tense. We all heard the shots that day, we went to the basement of our house. My mom said that everything is fine, but we must stay here until grandfather comes to take us to Yerevan. Our house was in a high place, and from there I saw that the whole sky was in smoke. Mom was crying because dad didn't call for days.” Aren, 14, Stepanakert. 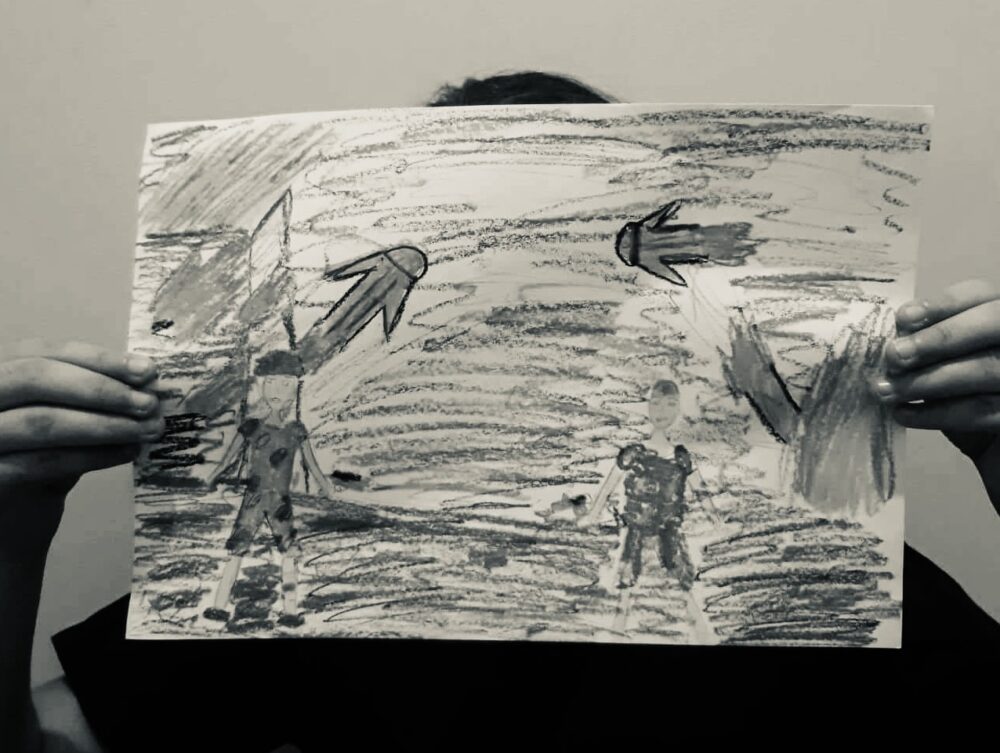 “War is when the armies of two countries fight against each other, use a lot of weapons and tanks, many people die, nature is damaged and the whole area is covered with dust. We had a war in our country. Instead of cartoons, it was only news on TV.” Karen, 11 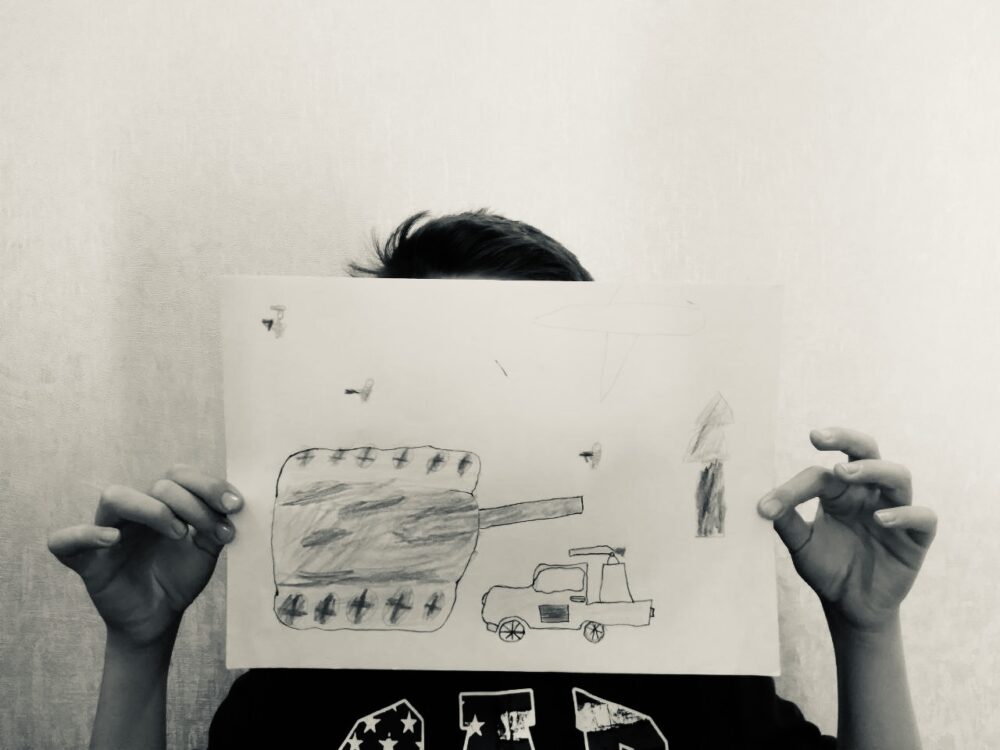 “My father explained to me that war is a bad thing. The boys go to fight so that we can live peacefully at home, so I can go to school, and my mom can go to work. I saw how tanks move and I heard the sounds of explosions on TV.” Lilit, 7 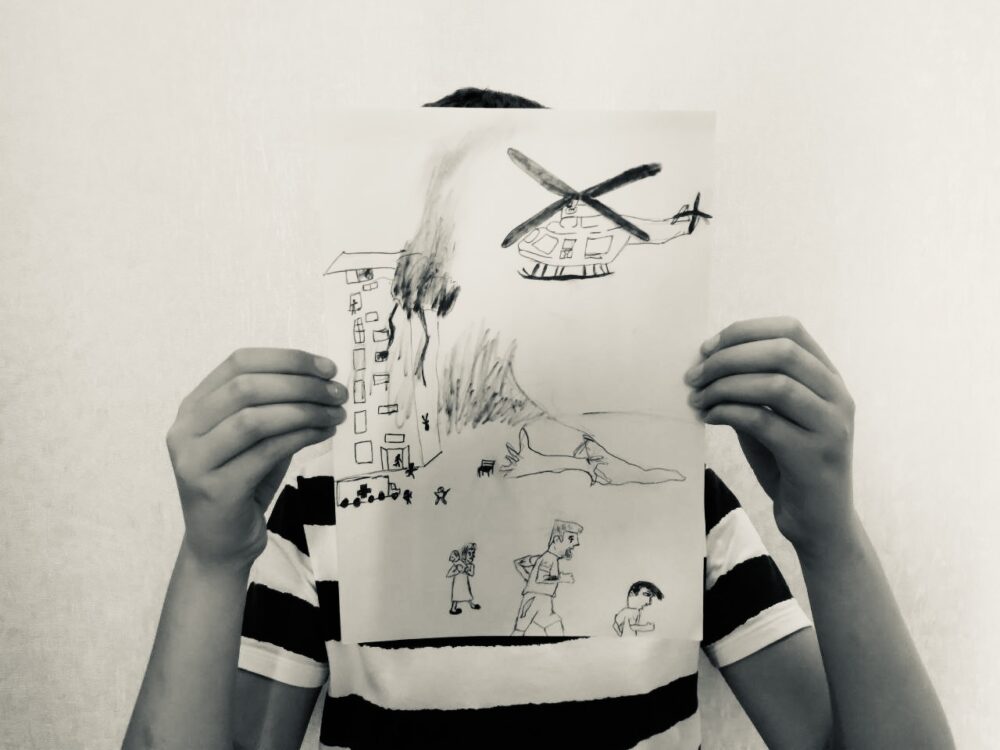 “In our house, everyone was talking about war. Every day my grandparents turned on the TV and listened to the news about how many people have died. I did not understand what was going on. Then two children from Karabakh came to our class and our teacher told us that they had to leave their houses because of the war and we should take care of them very well so that they would not be sad. We bought them stationery and books.” Mari, 9 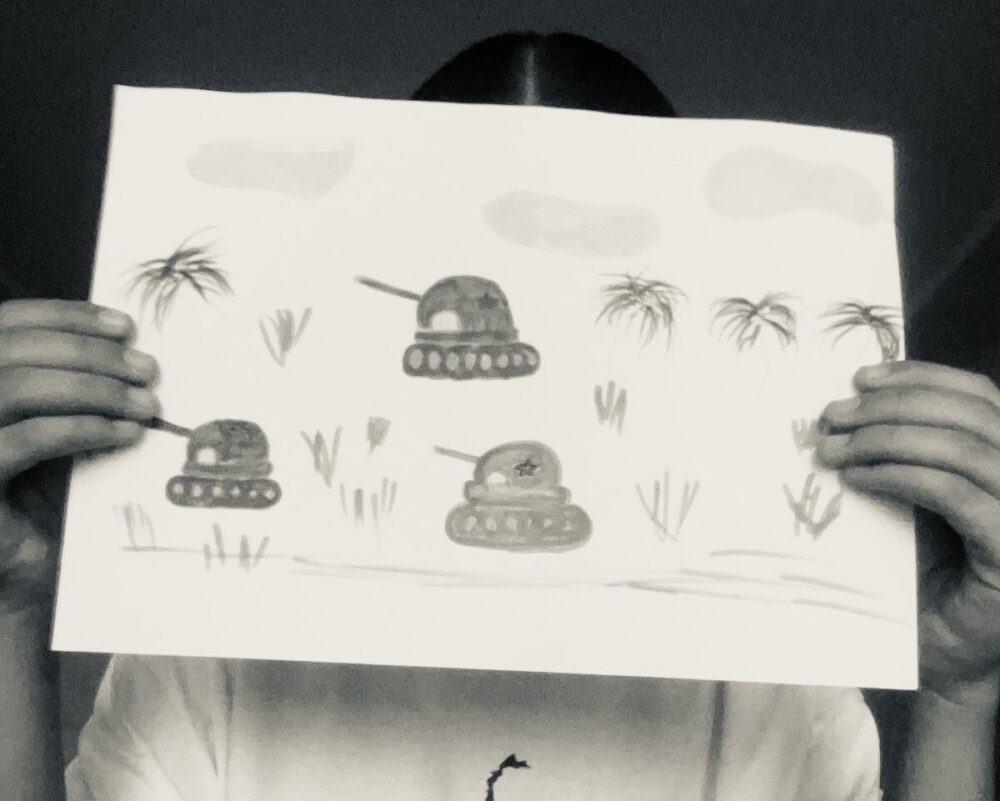 “When I was little, I played a computer game with tanks and I was happy that the enemy tank was exploding, but when I grew up and saw that our tanks also explode during the war, I realized that we should not be happy about it.” Davit, 9

In 2005, the UN Security Council  identified and condemned six grave violations against children in times of war․ These included the killing and maiming of children; recruitment or use of children in armed forces and armed groups; attacks on schools or hospitals; rape or other grave sexual violence; abduction of children; and denial of humanitarian access for children.

Shushan Chakhmakhcyan, a school psychologist in Abovyan city, says when adults watch television or talk to each other about war they might think that children are not paying attention and won’t understand. But Chakhmakhcyan says they do listen and process that information, and if parents do not explain to them what is happening in accessible language, it might have a bigger impact. Without this kind of explanation children may feel fear, anxiety, and insecurity, and lose their trust towards the world.

Chakhmakhcyan says that childrens’ ideas about war can be very different depending on which age group they belong to. It is important for parents to match their explanation to the childs’ level. For example, for children two to three years of age parents can convey the information in a game-type format, using fairy tale characters. School-age children that play computer games or watch films that have war scenes already have an idea of what war looks like,  and are able to comprehend information more directly.

“You cannot live with a child in the same country where hostilities are taking place, and completely insure them against the possibility of war. And because of  this, first of all, parents should be ready to give their child information about the war in any form,” Chakhmakhcyan says.