September 30th – In Between Celebration and Mourning

Some societies festively celebrate certain dates, whereas other societies mourn the same day. But there are societies “in between,” whose stories do not fit and are not reflected in these national narratives, whose lives are equally affected by the same events of the past, but whose experiences and voices have faded from one or another perspective.

The Gal/i district, with 27,000 inhabitants, is situated in the eastern part of Abkhazia, alongside the Enguri river. This is the only area in Abkhazia where displaced ethnic Georgians were allowed to return after the conflict. From 1994 onwards, about 47,000 displaced people returned back to the Gal/i district. This number varies, as some of the people who returned do not permanently live in Gal/i, but move in between two sides of the Enguri river; they come to Gal/i or villages, and look after their households and the graves of their relatives.

In Gal/i, September 30 and any other holidays associated with the 1992-1993 conflict in Abkhazia are viewed in an ambivalent way. People are lost in dates, content, and approaches; what is perceived as a celebration in a positive light on the Abkhazian side is considered a loss and defeat on the Georgian side. In Gal/i, this date is established and celebrated as a public holiday in Abkhazia, though in people’s hearts this is a day of remembrance, marking the date when their lives changed completely.

September 27 and 30 have different meanings in Abkhazian and Georgian societies. In Abkhazia, the 27th is considered as the day Sukhum/i was liberated, and the 30th is the day the whole of Abkhazia was liberated from Georgian military troops. Turning to the Georgian narrative, one sees the complete opposite of the above-mentioned events; September 27th is the day Sukhum/i was lost, and the 30th is the day of the loss of the whole Abkhazian territory. Since then, Georgian jurisdiction has had no authority in Abkhazia.

For most people from Gal/i this day does not denote liberation, it reminds them of military violence and a struggle for survival. During the conflict, the majority of the Georgian population living in Gal/i had not engaged in any military actions for either side. Due to the military actions of Georgian and Abkhazian paramilitary groups, most of the people there were forced to leave their homes. Their households and livelihoods were burnt and their loved ones were lost.

I was born and grew up in Gal/i. And this date has always evoked ambivalent feelings inside me. In my memory, the September 30th celebration started right after my cultural consciousness emerged. On this day, as a Georgian, I felt very uncomfortable. I have realized from childhood this was the day that caused the division of “us” and “them.” 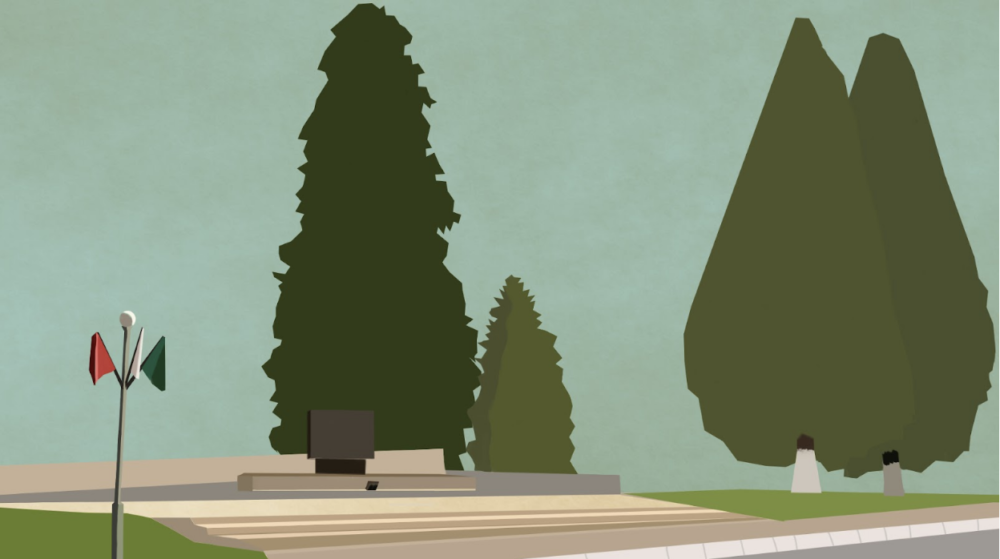 The recent celebration on September 30th was particularly full of silenced sorrow and fear. The ongoing war in Ukraine certainly reopened yet unhealed wounds and feelings of insecurity and fear in the post-war society. The celebration took place in the town center in front of the memorial in honor of Abkhazians, who died in the conflict with Georgia, with the flag of Abkhazia flying alongside it. Whether locals support this celebration or not, everyone, particularly those in the education sector, must attend the victory parade. In the middle of the park, where students and their teachers were waiting for the celebration to start, I saw their faces, which were lost and out of touch with reality. There was a visible disconnect between the fact of them standing there and who they really are. I could hear conversations in Georgian among schoolchildren, while a government official said a word of remembrance for the heroes of Abkhazia who died in the war. Simply – surreal.

The officials and veterans were first in the parade line, then representatives of governmental institutions, schools, kindergartens, and pupils. They paid tribute to the fallen heroes with flowers.

I had a few dialogues about this issue with my family and relatives. I try not to ask questions about war, conflict, fleeing home, and other unpleasant themes because those dialogues or monologues mostly end with a long sad silence of uncertainty about the future, either in a clash of optimistic and pessimistic views about the future or resolution of this conflict. Some think it is only a matter of time, others think it will still take thirty years to move forward. 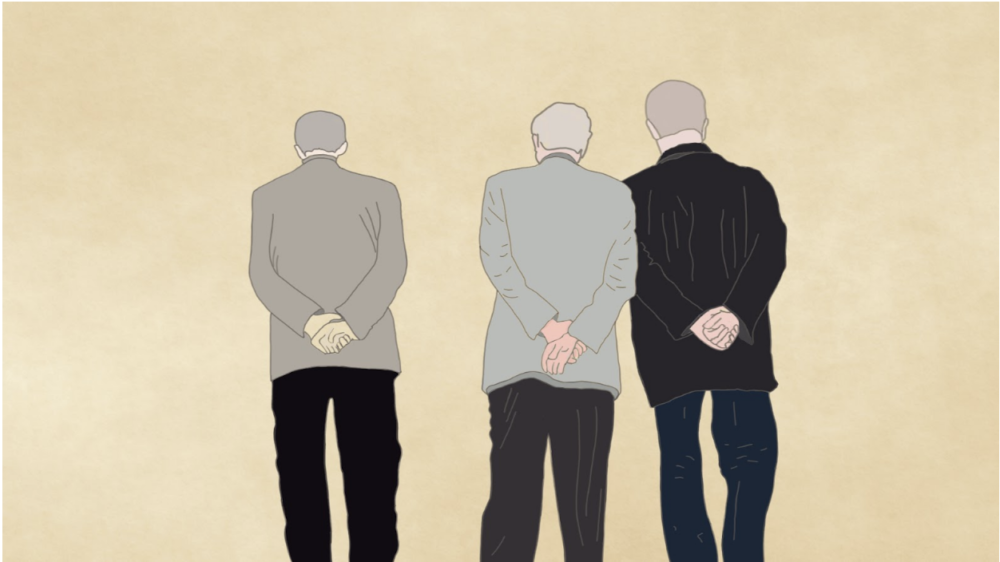 I had an interesting conversation about this matter with a man who returned to Gal/i in 1994. Since then, he has worked as an economist in a governmental institution and has never left Gal/i. From the beginning, he wasn’t pleased about sharing his opinion on the issue of this conflict; I expected that because people in Gal/i are not used to expressing their views, especially about the conflict affairs, which are so controversial. However, after a few days, he approached me and started talking about this theme. I sensed that this person felt safe, heard, and relieved. I was lucky and pleased by his enthusiasm and willingness to express his thoughts and emotions.

When did the celebration of the 30th of September start in Gal/i and how do you feel about it?

“It is a little hard to remember the exact year, but definitely the end of the 90s, when governmental institutions were slowly established, and schools and kindergartens reopened, for those who were occupied in the public sector it was mandatory to attend celebrations with flags and staff. Before, we never had any celebrations. (smiles)…

Which celebration are we even talking about? To celebrate what? The day when the fate of my people was decided here? It is a tragic day. Nobody asked us if we wanted to leave our houses. None of the souls asked us anything back then

I never had to go to the victory parade, although I work in a pretty serious place. I think everyone knows that either I’ll leave my job, or I stay and not state my opinion about this matter. I have never been to a parade and I’ll never go there. It’ll be a humiliating act for me, not because I’m against someone or something – how can I just celebrate this day? I respect others’ sentiments, and I want my sentiments to be respected too…

Some Georgians of Gal/i have the duty to be present at the ceremony, as they work in governmental affairs. They have to prove to someone that they are supporting them, otherwise people may lose their jobs.”

When your children had to go to the parade from school, did you ever intervene in that? What kind of attitude did they have?

“As you grow up in postwar society, your views on the sides of war or conflict are subconsciously shaped. In the postwar situation, Gal/i and the rest of Abkhazia have always had a certain confrontation and enmity with one another. Children always asked questions about the conflict, sometimes many. (Smiles)…

I and my wife always tried to explain what we could in the way, so that they will not have hatred towards anyone and be as understanding as possible. Though, I cannot say that they grew up without negative emotions and the feeling of injustice. I always knew that they were not happy, about going to the parade or reading anti-Georgian poems or statements. Their teacher had an order from the school director and everyone, including my children, had to take part in the parade. I couldn’t intervene. Intervention in that would be the same as talking to the wall. Because this is not the place where one can change anything. (Sighs)…

I was at home in 1993, 30th September. I saw tanks coming and burning homes in their way. I vividly remember houses burning in Kokhora from my balcony. I realized that staying didn’t matter and that I needed to leave as soon as I could, so I decided to leave. Should I celebrate this day? (Smiles)…

The Georgian side is powerless in the resolution of this issue, I think. Years go by and we still find ourselves in the same environment as September 30, 1993. Yet we carry on the burden of this legacy”… Even though I am from Gal/i and have constant relations with people from there, I never had such a conversation with an old man. We went through small details; he showed his emotions, which were so sincere and pure. His eyes, wrinkled with fatigue and despair, were telling a story of their own. I wonder how much they had to say and share?!” 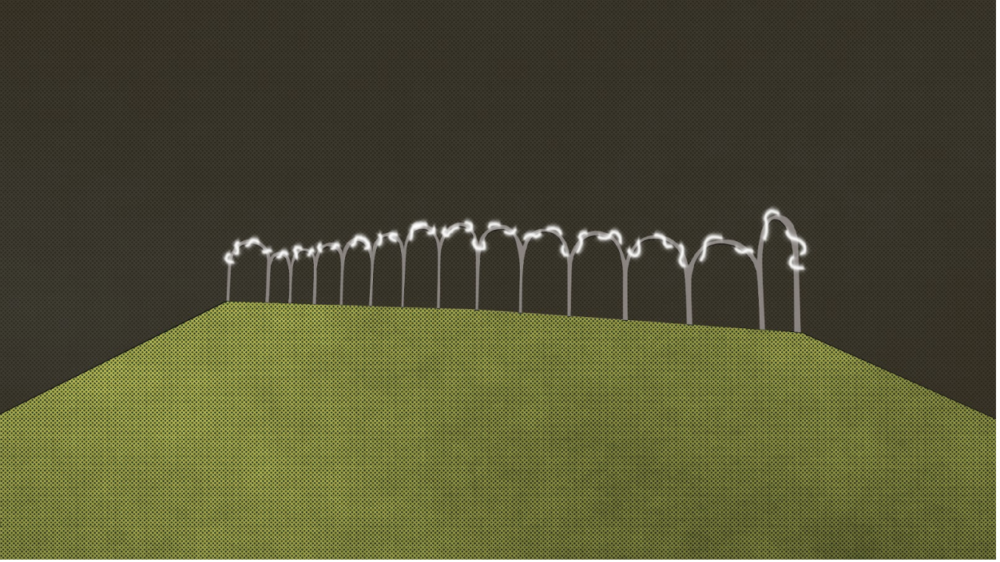 This article is a personal observation of a journalist  Lela Jobava from Gal/i and does not necessarily reflect the views of Caucasus Edition.