In the year following the dissolution of the Soviet Union, a full-scale conflict exploded between Armenia and Azerbaijan over Nagorno-Karabakh. During the war, thousands of people were killed and nearly a million became displaced.

In late September 2020, the conflict erupted again. Azerbaijan regained control over a major part of Karabakh, and while this liberated some people from the status of internally displaced, it condemned many others to forced displacement.

Mahila Karayeva is one of 30,000 people who were forcefully displaced from Agdam after the First Nagorno-Karabakh War in the 1990s.

It was 11 A.M. Mahila was cooking when the shelling started in her village, Ismayilbeyli, in Agdam.

“I was boiling the beans. It was our first harvest of the year. The shelling started and we had to run. I don’t even remember if I turned off the gas or not,’’ said Mahila. “It was hell.”

“I have been suffering for years for one reason. How I couldn’t open the rope of the dog tied in the yard,” she recalled.

Her family together, they first went to Agdam’s center. Mahila remembers that people from other villages were already there, discussing what to do and where to go. They moved to one of the regions nearby, Agjabedi, where they settled in the village Sarjali, located 33 km from Agdam.

While the family was living in Agjabedi, Mahila’s husband died in a car accident. Mahila stayed alone with her children.

She moved to Baku, and settled in a dormitory where displaced people had been relocated.

“After losing everything I fell into depression. I know there is nothing in Agdam now. Armenians destroyed every building and graveyard. But still, I would like to go back and crawl when I see my homeland. I will kiss my home. Agdam is my memory and everything. I have to come back because my child’s grave is in Agdam, if it wasn’t destroyed,” she said.

– Kifayet Qulieva is from Kalbajar, one of seven regions that were under the control of Armenian forces for the last 28 years, but regained by Azerbaijan as the result of the Second Karabakh War, that lasted 44 days and ended on November 8, 2020.

“We had to run through Murov mountains when Armenians entered Kalbajar without warning us. My small baby was hungry, crying and sick when we had to flee for days. The women and children migrating like us were crying and hungry on the roads. Those days were horrible.”

On the way from Kalbajar, Kifayet’s child became ill.  After some months she lost her father-in-law and husband.

“We had to leave all the animals and precious kinds of stuff. We were rich but we became poor in a day,” she cried.

She misses the mountains and her house in Kalbajar.

“We didn’t have a chance to take our animals, our stuff,” she said.”But Armenians could take everything” [referring to the Second Karabakh War, when Kalbajar was handed back to Azerbaijan, and people had time to gather their belongings and leave.]

Kifayet remembers, “When we lived in Kalbajar, some Russians and Armenians would come and measure our areas. We didn’t think that they would prepare such a game.”

Kifayet is fighting cancer now. She says that after all the suffering, “I had to get cancer. I will come back to Kalbajar if I don’t die until that day.”

“We have no idea if we will stay here, or get a house, or will go back…” says Susanna Abrahamyan, 54, from the Taghaser village of the Hadrut region, speaking about the one-room apartment her family rents now in Stepanakert.

In addition to the seven regions previously under Armenian control, Azerbaijani armed forces took control of some parts of the former NKAO (Nagorno Karabakh Autonomous Region) during the 2020 war as well, including Susanna’s region of Hadrut. “They didn’t take Hadrut in the 90’s. During four years of war we only went to Yerevan for 3 months back then. The war was going on but we were living there, sometimes in the bunkers, but there were also times the kids were playing outside,” recalls Abrahamyan, “And now our children were the ones to take their kids to Armenia,” she adds, shaking her head.

It was around seven in the morning on September 27th when the shelling first hit Hadrut. “Some of us were still asleep when it started,” said Susanna, who remained in the village during the ten days that followed: “We decided to take the children and the elderly to Armenia, but those of us who could run, hide, stay somewhere for a while, we stayed.”

After ten days they moved to another village that was reportedly more secure. “So we stayed there till October 10th. There should have been a ceasefire that day, we were waiting, but it got even worse. That’s when we came to Armavir to stay at my sister-in-law’s house.”

Abrahamyan and her family didn’t manage to take anything from the house besides their passports. “We didn’t pack; we didn’t take any other documents. We just didn’t imagine it would end like this. We didn’t take at least one photo for the memory.”

Abrahamyan lost her brother in the recent war. “He was in Jabrail and was killed on the 28th of September. We heard his name on TV when they were reading the list of martyrs, but there was no news after that,” through tears, she explains that they are still waiting for the body.

Letting her memory take her back in time, Abrahamyan remembers life in Karabakh before the war and recalls the Azerbaijanis who used to live in Hadrut: “There were several families. I remember one man was a construction worker, another one was a doctor, he was working in the hospital…”

“I cannot imagine living together after all this pain and blood. I don’t think it will be possible for the next 100 years,” she adds.

The family still hopes to return to their home one day: “I would still go if I had a chance, even to a ruined house,” says Susanna. “We still feel like guests In Stepanakert, as if we are going to go back soon,” adds Levon. 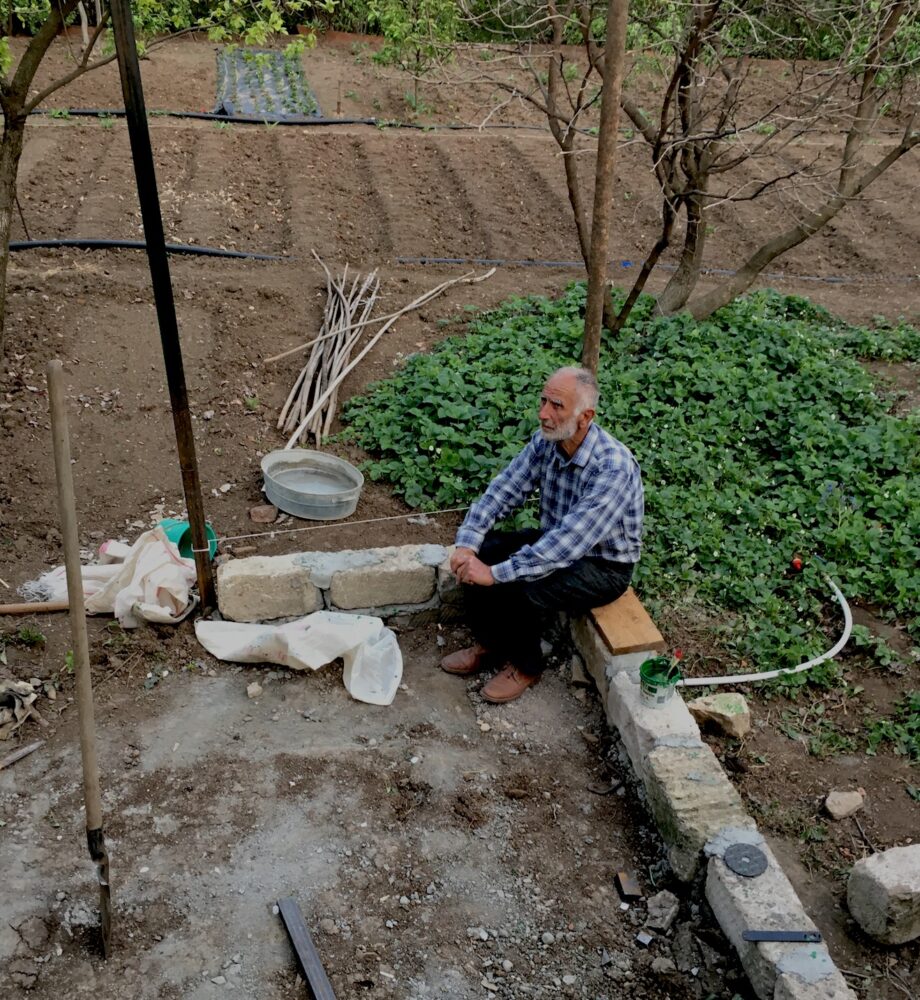 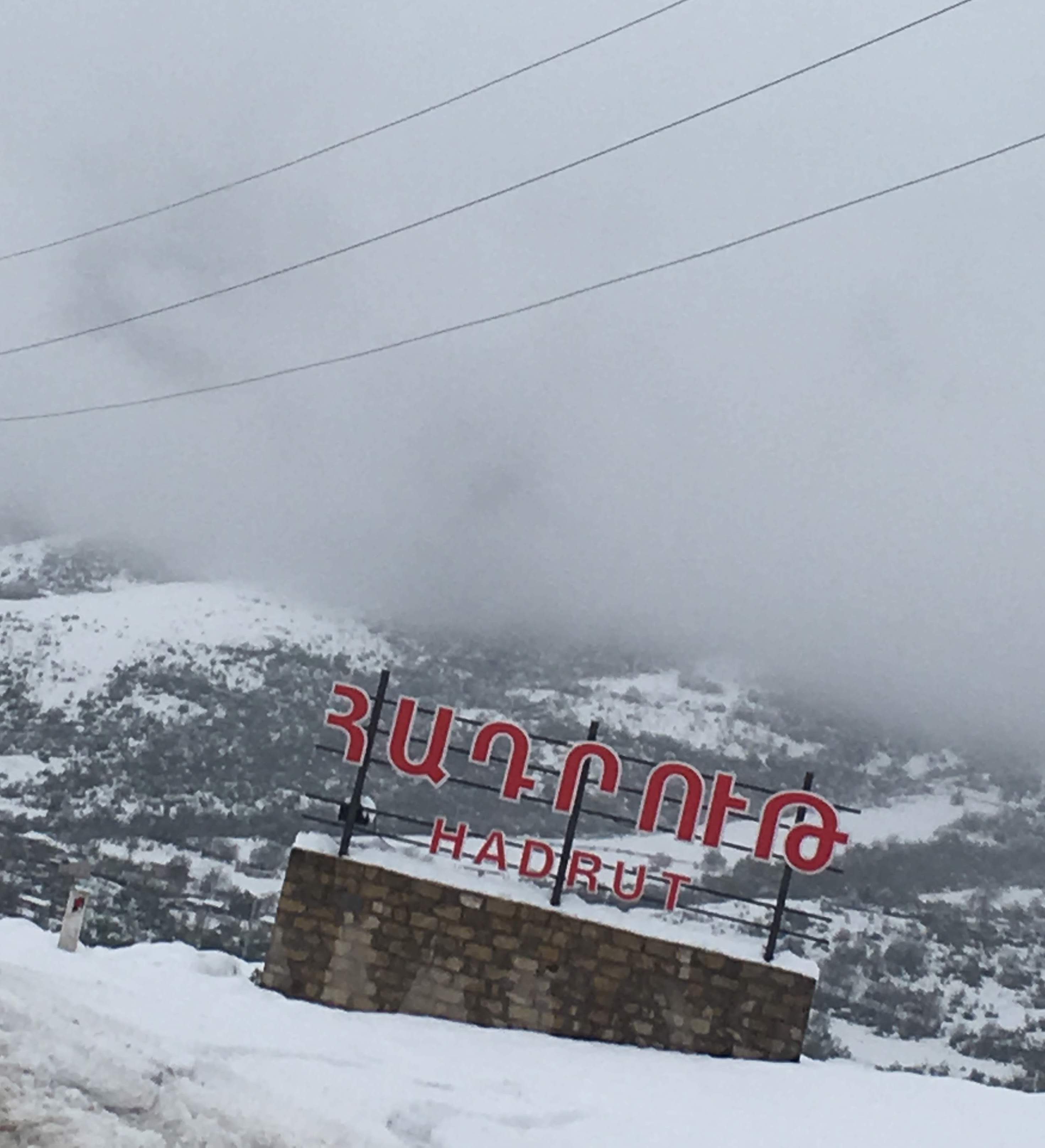 “We have to live together anyways, we are neighbors”

Rafik Sargsyan, 79, lived all his life in Hadrut, Nagorno Karabakh. Now, sitting in the living room of his son’s apartment in Yerevan, he tries to analyze what happened some months ago, and over the last 30 years: “Everyone was living their lives as if peace was eternal. We believed it should be like that. Most importantly, we believed in our government. The main opinion was that even if a war starts again, we are going to win. But it turned out everything was a lie…”

Sargsyan says he never thought the situation would stay like that forever. “It was almost 30 years. Peaceful negotiations can be one year, two years, five years, but not 30 years without any changes. They had to come to some agreement long ago…”

Sargsyan compares the situation to conflicts that arise within the family: “Even in the family when there is a problem in the relations, you should work to solve the problem somehow; otherwise the family is going to be destroyed.”

He recalls that every time there were talks about coming to an agreement, people would say “‘They are selling the lands’…Well, in the end the lands were not sold, but taken by war, and so many casualties…There were talks about giving up the five regions, and I always thought that should be the only solution, especially that the other side was getting more and more powerful.”

He goes back to his memories of the 90’s, remembering how they used to live with Azerbaijanis in the same city, in the same neighborhood. “We had good relations; I even stayed in their houses. I have lived and worked in Baku as well…The working class didn’t have any hatred towards each other.”

“Yes, we fought in the 90’s, we had to,” Rafik says, and remembers the Azerbaijani director of an Armenian-Azerbaijani school in the village of Togh, with whom he had good relations: “Once, he told me he would help us to leave. And after some time we were sitting together, talking, he said to me: ‘Rafik, what you are doing is wrong, we have homes here, we have graves, why do you kick us out?’ and I told him: ‘But you were trying to kick us out, you were telling me you would give us a car to pack and leave, as if it was a favor. Why?’”

Rafik remembers their last conversation before the situation intensified: “I told him: ‘Look, we have been living in Azerbaijan all these years, let’s try to live in Armenia for some years, maybe it will work well? Let’s join Armenia, what is the problem? You and your family speak Armenian better than me, you have friends, neighbors. If it is bad, you will complain and rejoin Azerbaijan.’”

“We have to live together anyways, we are neighbors, and there is no other chance. We lost too many people to this; we don’t have the right to sacrifice more lives.”

Thinking out loud Sargsyan says, “The new generations were born and grew up with this enmity. They have not seen anything good, but the elder generation has lived together, has seen the good as well…”

“We say ‘they cut ears, they do this, they do that…’ yes, they do, but you think ours haven’t done such a thing? Those who do it are barbarians, they are not human beings, but not everyone is like that, 1% or 2% of the population can be like that, but we can live normally with the other 98%. I believe the educated ones in their society don’t accept that as well, because I would not accept it if one of our guys went and cut someone’s ears.”

On October 9, 2020, Rafik Sargsyan’s son took him from Hadrut to a neighboring village where, at the time, the situation was calmer. On October 15th, when the situation worsened, they left for Yerevan.

Sargsyan now lives in Yerevan with his son’s family. During the war Sargsyan’s granddaughter found a video on social media where they saw the family market they owned in Hadrut half ruined.

Rafik Sargsyan tears up speaking about the possibility of going back, stating that he does not believe that in some months or even years he might go back to his home or see Hadrut again.