Education on the line

Despite the ongoing disturbances between the communities in South Caucasus, people living near borders and seace-fire lines have learned to organize life in the times of war and open conflict. The dwellers of the conflict-divides have found a way to live with the conflict, which has become a permanent part of their everyday lives for the past 30 years. From harvesting at night to teaching under bullets, these practices have become habitual since the wars in 1990s.

Even the fiercest of those conflicts did not lead to schools to close: neither during the open war nor during the uneasy ceasefires. The four stories from South Caucasus show how despite the death-tolls, scarcity of food, and the physical danger many of the schools faced, children of war have continued their education.

Abkhazia: Memories of school and war

Astanda Azhiba was 12 years old when the war started. On the first day of the war Astanda was with her family when the general mobilization was announced on Abkhazian television.

Speaking about her school years, Astanda recalls that they would often talk about the war. “Everyone had concerns; in each family somebody was fighting. Entire Abkhazia was suffering. We’ve talked about war during the class and outside of the classroom. Even though we were kids, we’ve talked about the war all the time. We kept waiting for it finally to end. Often we would get bad news that somebody lost a loved one. Can you imagine how many mourning days there were? It was very difficult. Of course, you can’t call this a careless childhood.” 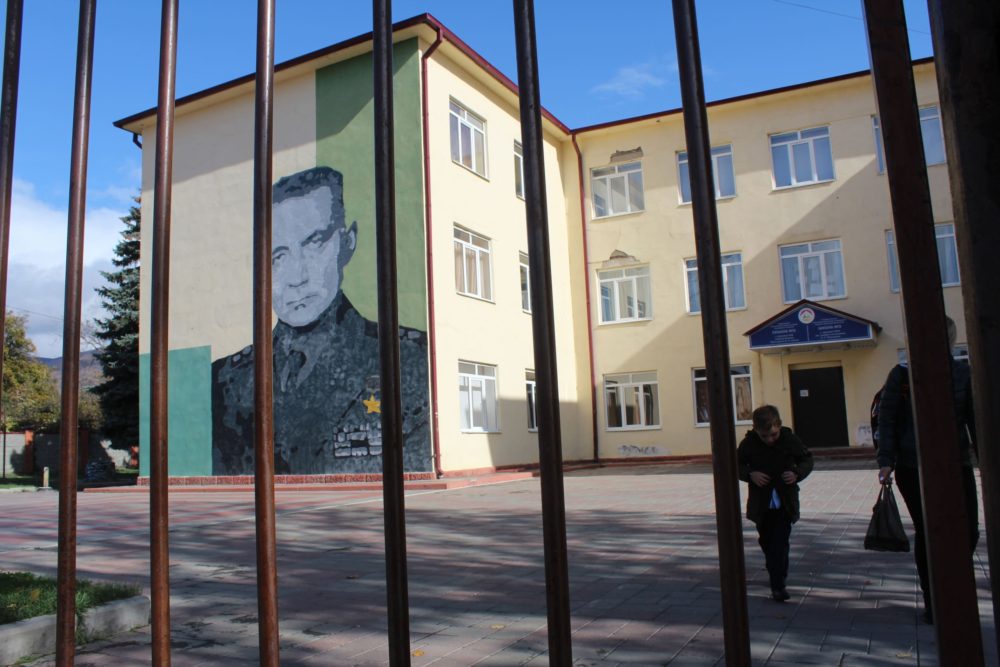 School №5 in Tskhinval/i after Hadji-Umar Mamsurov, a legendary Soviet general. The graffiti on the facade of the school is Mamsurov’s photo.

Zarina Khubaeva was born in 1990 in the midst of war. Her first memories are associated not with the war but with its consequences. “My first memories are of my grandmother. We spent all our time with her. It was cold because there was no firewood. My parents were at work all the time, but we were always short in money because they were earning very little. My father would spend all his money on my aunt’s treatment. She had cancer.” However, the cold at home did not come close to what was happening at school. Zarina calls it “a nightmare.”

Life on the line in Azerbaijan 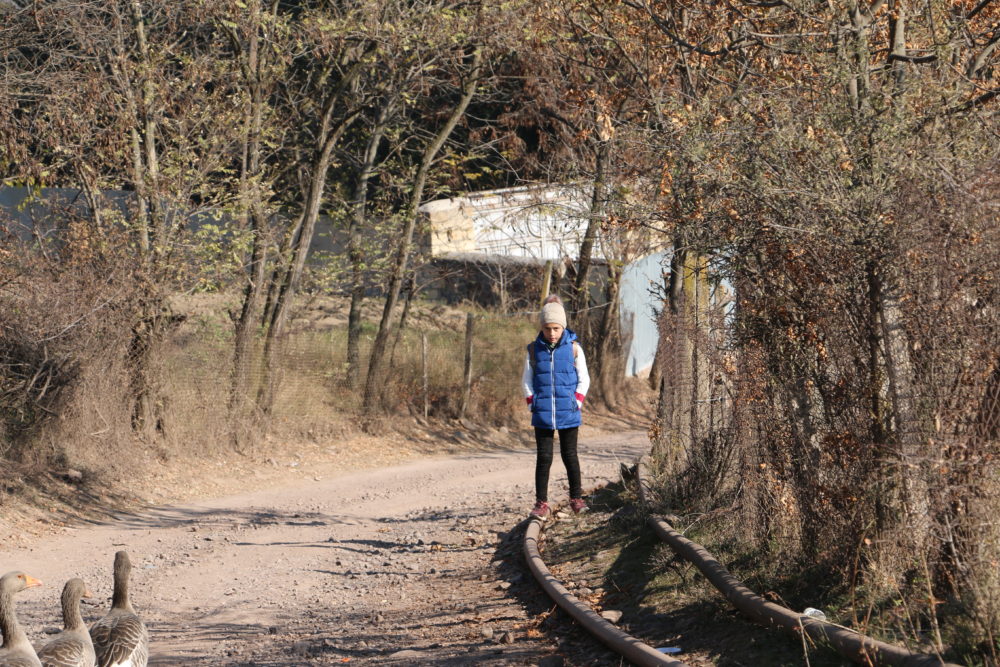 When there are shootings, parents don’t let their children go to school.

The children of this village have always struggled; both to live and to survive.

The village has been without a kindergarten or a school since the Soviet era. Children have to go to school in the nearby village of Asrik, located 3 km away from Kohanebi. The road to the school is visible from the military base controlled by Armenian armed forces. Parents will sometimes take their children to school only a couple days per month, if there is no shooting on the frontline.

5-year-old Gunay and her younger brother attend kindergarten in the neighboring village of Asrik. Children say they hide in the bushes on the way to school. For the sake of safety, some parents had to end their children’s education. Some married their daughters young, who now live in neighboring villages.

Armenia's Chinari: Education at a border 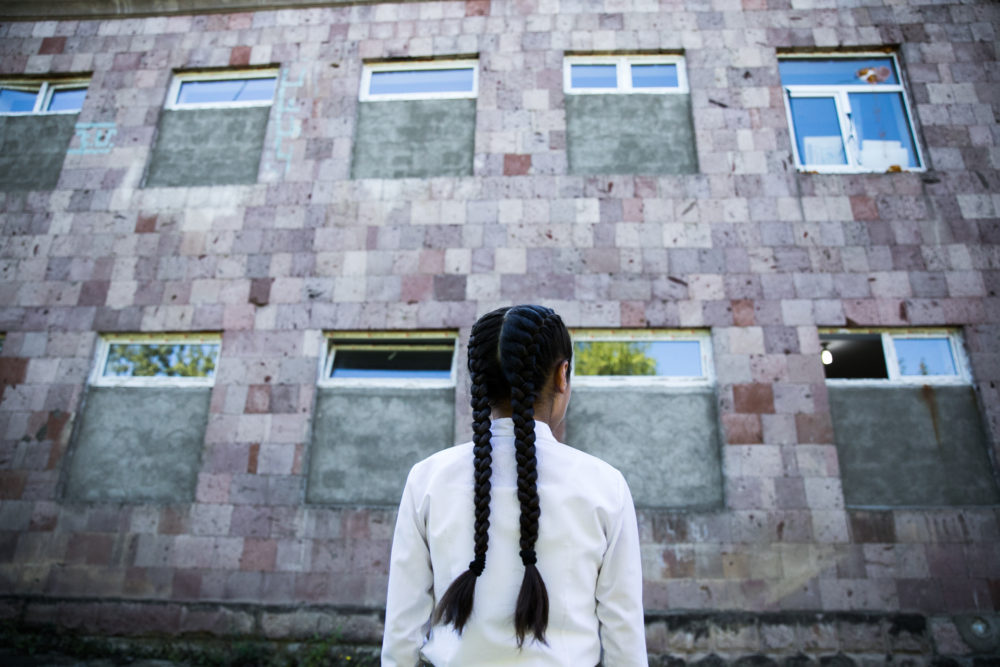 The back windows of the school were covered with construction material.

“I wish there were no more wars and every child was happy.” This is the dream of 13 year old Araksya Petrosyan, who attends secondary school in Chinari. Araksya was born in the Chinari village of Tavush region. Despite the ceasefire agreement of May 12, 1994, the village has experienced constant shootings and crossfire over the past 25 years.

For this 7th-grade student, shootings are a common phenomenon. Araksya mentions having heard shootings both at home and at school. She jokes that she doesn’t pay attention to them anymore and that they don’t distract her from her classes. She says that when there are shootings her friends get a bit confused, but says the teacher calms them down and class continues.“During the shootings I get scared for myself, my family, and the soldiers. I even get a bit nervous…my brother is in the army now…”Araksya shared with us.

The Prospects and Risks in Armenia-Turkey Relations

Klara. A story of one resettlement